Understanding the Attributes of Allah

Part of the Aqida Series

"I would encourage these aqida courses by Shaykh Abul Hasan Hussain Ahmad. His research and insight is extensive in this field. May Allah spread his benefit."

"Dr Abul Hasan is amongst the few scholars in the UK that I would highly recommend to study the sensitive subject of Aqidah from. A true well researched scholar blessed with humility and deep scholarly insight."

"Shaykh Dr. Abul Hasan Hussain Ahmed (hafidhahullah) is a truly amazing scholar who has great insight - especially in areas related to 'aqida and hadith. I have personally benefitted from Shaykh's profound knowledge and in-depth research. I sincerely advise everyone to attend this course and benefit from this true gem of a scholar, who has dedicated his life to the sacred sciences.

'Aqida (Islamic beliefs) is a very important area which every Muslim must study in order to know what he/she must believe, along with those beliefs which should not be held by any Muslim, and I can think of nobody better to study this subject with than a specialist in this field such as the noble Shaykh."

Make sure you attend!

A electronic copy of the course handbook will be provided

A Ijaza will be granted to those who request it at the registration stage and attend all the sessions ensuring strict punctuality. Please note the Ijaza is only for transmitting the Jawhara at-Tawhid of Imam Aibrahim al-Laqqani.

Light refreshments will be available through the duration of the course

Please note we operate a no refund policy on all courses offered.

** For all the brothers and sisters who live far away and cannot attend in person, we have made online provision so you can take benefit from this course interactively. Live audio will be streamed via a online virtual classroom (LiveStream). Learners can ask questions to Shaykh directly via a built-in chat function and also have the same privilage in requesting Ijaza for the course with condition of full attendance and strict punctuality.

Jawhara at-Tawhid is translated as the Jewels or Divine Unity. It is a famous work on 'Aqida by Imam Ibrahim al-Laqqani al-Maliki.

Burhanud-Din Ibrahim ibn Ibrahim al-Laqqani (exact date born is unknown but is likely to be before 960 AH).  He was born in Egypt.  He followed the Maliki Madhab in fiqh and Ash'ari in aqida

His most well known students are around 23 in number. He compiled some 16 works of which 4 were incomplete.  The most famous work being his Jawhara al-Tawhid. He died in 1041 AH/1631 CE

Shaykh Dr. Abul Hasan Hussain Ahmed is a resident of the UK who initially studied the Islamic Sciences for more than 5 years under the late Muhaddith and Hanafi Faqih, Shaykh Abdal Haleem (d. 2004).

He studied Arabic with the Egyptian linguist, Dr Muhammad Fathy.

He has also received various forms of classical warrants of authorisation known as Ijaza from more than 100 learned scholars of various Muslim lands:

From the Hijaz (Makka and Madina)

From India: Shaykh Nasir Ahmed (b. 1335 AH), Sayyid Salman al-Hussaini and the late Shaykh Ahmed Ali al-Surati who lived in Leicester and died in 2011 aged around 95.

The shortest chain he possesses back to al-Hafiz ibn Hajar al-Asqalani (d. 852 AH) is from a stupendously short 6 links (via Ijaza li ahl al-Asr) only, from the late Hanafi Shaykh, Kamil ibn Yasin al-Kalabadhi.

On the secular front he has qualified with a First Class Honours degree in Applied Chemistry attaining first position in his class with a subsequent Doctorate in the same field. He has also worked as a Researcher in the Chemical industry. In his spare time he compiles various Islamic articles for mainly internet distribution. Of the largest two works he has written are one in defence of 20 rak’ats of Taraweeh exceeding 300 pages and his latest piece is regarding the authenticity of a narration from Malik al-Dar describing a certain event that occurred during a drought in the time of the second caliph, Umar ibn al Khattab (ra) in more than 200 pages.

Currently, he is working on writing a bulky work on the matter of where the hands should be placed in Salah with an analysis of practically all known narrations on this specific matter. This work will by Allah’s decree also show some rare narrations that have not been quoted by most of the Muhaddithin of the past and have been discovered by means of painstakingly collecting rare Arabic manuscripts from some Muslim lands. In this regard, he is also a collector of Arabic manuscripts and to date holds more than 5000 from all over the world.

Many of his articles and books are due to be published for free distribution on a new website known as darultahqiq.com

Will there be a Ijaza granted to those attend all the sesions?

A Ijaza will be granted to those who request it at the registration stage and attend all the sessions ensuring strict punctuality.

The Ijaza will contain the Sanad (Chain of Transmission) from Shaykh Abul Hasan Hussain Ahmed back to Imam Ibrahim al-Laqqani to transmit the text.

Is there group discounts available?

There is group discount available, however this is capped at a minimum of 10 attendees. If you'd like to group-book, please contact us.

» I am a Online Learner

** For all the brothers and sisters who live far away and cannot attend in person, we have made online provision so you can take benefit from this course interactively. Live audio will be streamed via a online virtual classroom (LiveStream). Learners can ask questions to Shaykh directly via a built-in chat function and also have the same privilage in requesting Ijaza for the course with condition of full attendance and strict punctuality.

This course is sponsored by: 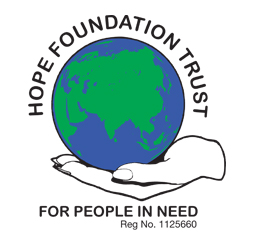 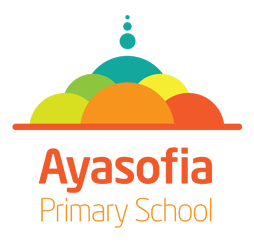